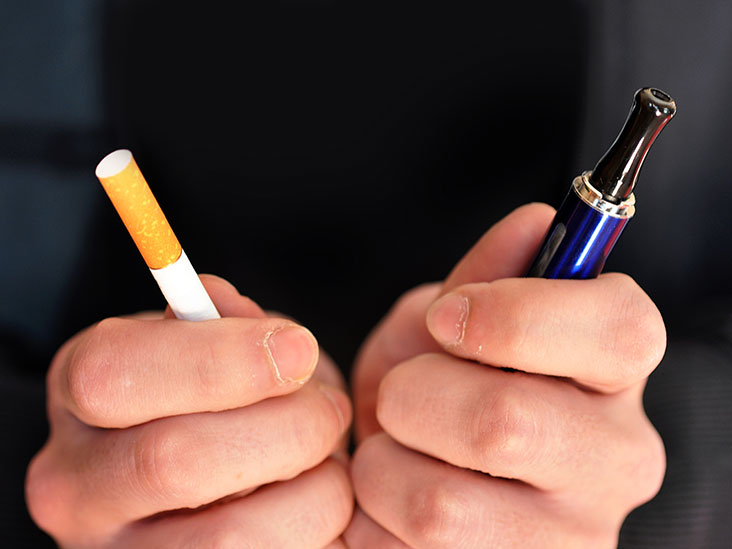 If you’re a non-smoker, you probably fail to understand any rationale behind the act of smoking and may even detest it. The idea itself could be sickening, of inhaling strong and addictive chemicals through your mouth, before letting out a cloud of smoke like a dragon. Therefore, we instinctively establish that smoking is definitely not one of the things that people feel naturally attracted to, from a distance. Then why do people even smoke?

Why Do People Smoke

According to cancer.org, people who have smoker friends or family members, are more likely to start smoking than those who don’t. Besides, most people who smoke, started smoking in their teenage years. This could originate from multiple reasons such as curiosity, ‘to look cool’, the glamorized act of smoking in movies and ads, etc. Moreover, with the introduction of stylish e-cigarette devices, smoking just became ever so fashionable.

The couple of challenges, however, that make smoking an extremely difficult habit to get rid of are:

Though it is no rocket science to acknowledge smoking tobacco’s drastic and deep-rooted harms for multiple organs of the body, our focus in this article will be its negative effects on the skin.

One of the first visible signs of ageing are wrinkles, especially around the face. Smokers purse their lips to hold the cigarette and crinkle their eyes often due to the smoke crawling up their faces. Both of these muscle movements cause wrinkles to form on the skin. While these wrinkles may be inevitable for anyone who spends a fair amount of time on this earth, for smokers, they appear much sooner.

Smokers may therefore start using anti-ageing creams from a younger age, which could bring about their own set of harmful effects when used long-term.

When a person smokes cigarettes or vapes, some of the toxins present in that smoke affect the production of collagen and elastin; two vital proteins present in the skin; that are responsible to hold the skin in a firm shape. Thus, their damage results in loose and saggy skin all over the body.

Besides, the nicotine present in the tobacco also restricts the amount of blood flowing to the skin thus disabling it to remain as fresh as it would, normally.

A smoker’s wounds will take longer to heal due to the hindered flow of blood caused by the toxins. The risk of developing an infection around the wound is also increased for a smoker. In case of undergoing a surgery, not only will the wounds of a smoker take longer to heal, but the marks will also be more prominent.

This may well be the most worrisome of the effects smoking has on a person’s skin because this is beyond appearance. People come across all sorts of situations in their daily lives, some of which could lead to injuries. If these wounds are not healed in an efficient and timely manner, the loss of blood and the prolonged exposure of fresh wounds could significantly reduce the abilities of the individual to heal at all.

Moreover, the immune system of an individual is also affected by smoking, which further worsens the equation while healing from wounds or other diseases.

Yet again, due to the constricted blood flow to the skin, the overall skin tone can become patchy in some regions. These patches are often yellowish or even grey in colour, giving a very disturbing overall look to the face and the body. The good news, however, is that this uneven skin tone can be brought back to normal by quitting smoking.

Based on a study funded by Cancer Research UKm Patients with a history of smoking are at a 40% higher likelihood to die of Melanoma—a type of skin cancer-than those who never smoked. This, of course, is in addition to the significantly increased risk of developing lung cancer in smokers.

Will Quitting Smoking Undo These Effects?

Before talking about whether bringing a complete full-stop to smoking will reverse its negative effects on the skin, it is very important to find the best strategy to quit smoking that works for you. The choice is to be made between quitting to smoke abruptly vs cutting down to quit.

According to a research conducted by Oxford University, 25% more people from the group who quit smoking on a set quit day, were successfully able to continue ‘clean’ as compared to those who decided to gradually cease it.

While it does come down to every individual’s choice, it appears that those who rely on self help, do a better job by quitting abruptly, however those seeking help from medical professionals have shown comparable success even by cutting down first.

So, If You Stop Smoking, Will Your Skin Become Better Again?

Well, conceptually, the absence of tobacco (thus nicotine) will result in an end to the constriction of blood flow to the skin, thus resuming the supply of oxygen the skin richly deserves. This will not only bring back the glow, but the problems such as the healing of wounds and uneven skin tone will be sorted with time too.

In conclusion, if you are someone who has found themselves in the habit of smoking, it may be a wise choice for numerous reasons to consider quitting it, whether through your own motivation alone, or the assistance of others. Remember, your skin is the suit you wear every single day, and you must take great care of it; for the sake of appearance, as well as its health.